Amines are derivatives of ammonia (NH3) in which one or more hydrogen atoms have been replaced by alkyl groups.

Amines are classified as primary (1º), secondary (2º) or tertiary (3º) according to the number of alkyl groups attached to the nitrogen atom

The bond angles are approximately tetrahedral

When NH3 is in excess, 1º amine is main product.

This method is not suitable for 1ºarylamine due to less nucleophilic character.

Amines are soluble in water due to H-bonding. Lower members have fishy ammoniacal odour and are combustible gases. From C3 to C11 volatile liquids and from C12 are solids. The b.p. increases with increase in molecular weight.
Basic character : Amines are stronger bases than ammonia

The order of basicity ought to be 1° > 2° > 3° which is practically not.
In fact it depends upon this factor
Basic character follows the order

Ammonia and amines oscillate between two structures as follows

Although the electron density on nitrogen is maximum (due to + I effect of alkyl groups) in case of tertiary amine but approach and bonding by proton is relatively difficult due to steric hindrance. The steric hindrance increases with the bulk of group and basic character decreases
Alkyl group Relative strength

Due to Resonance the lone pair of electrons is delocalised within benzene nucleus and not available for protonation and basic character is suppressed.
Amides are much less basic than amines due to Resonance. 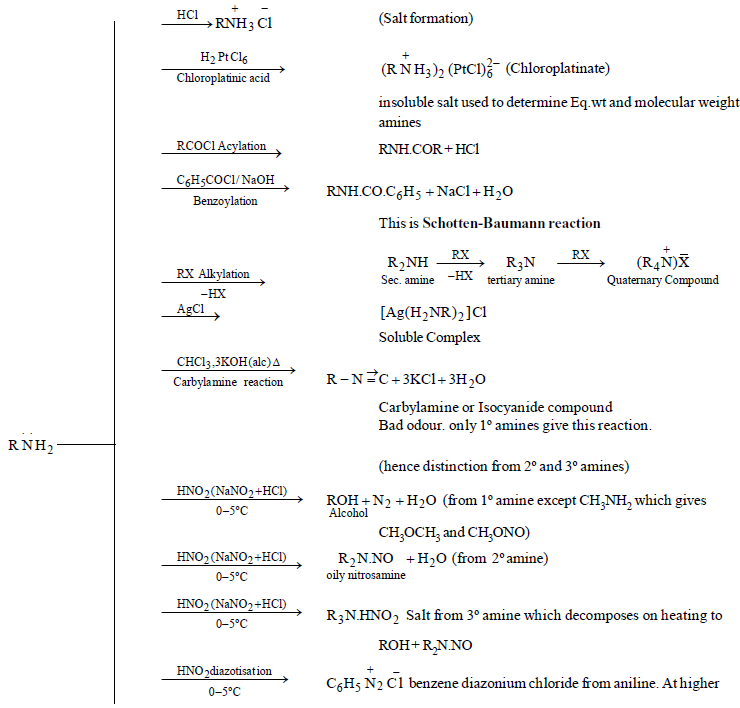 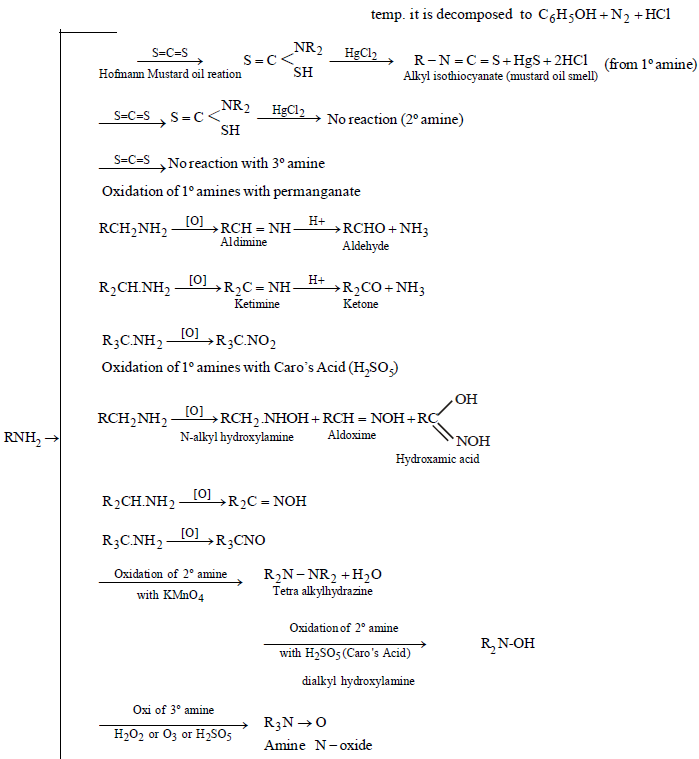 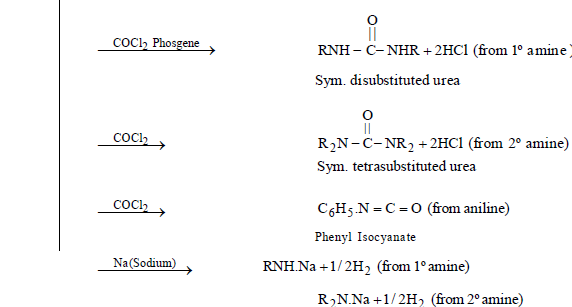 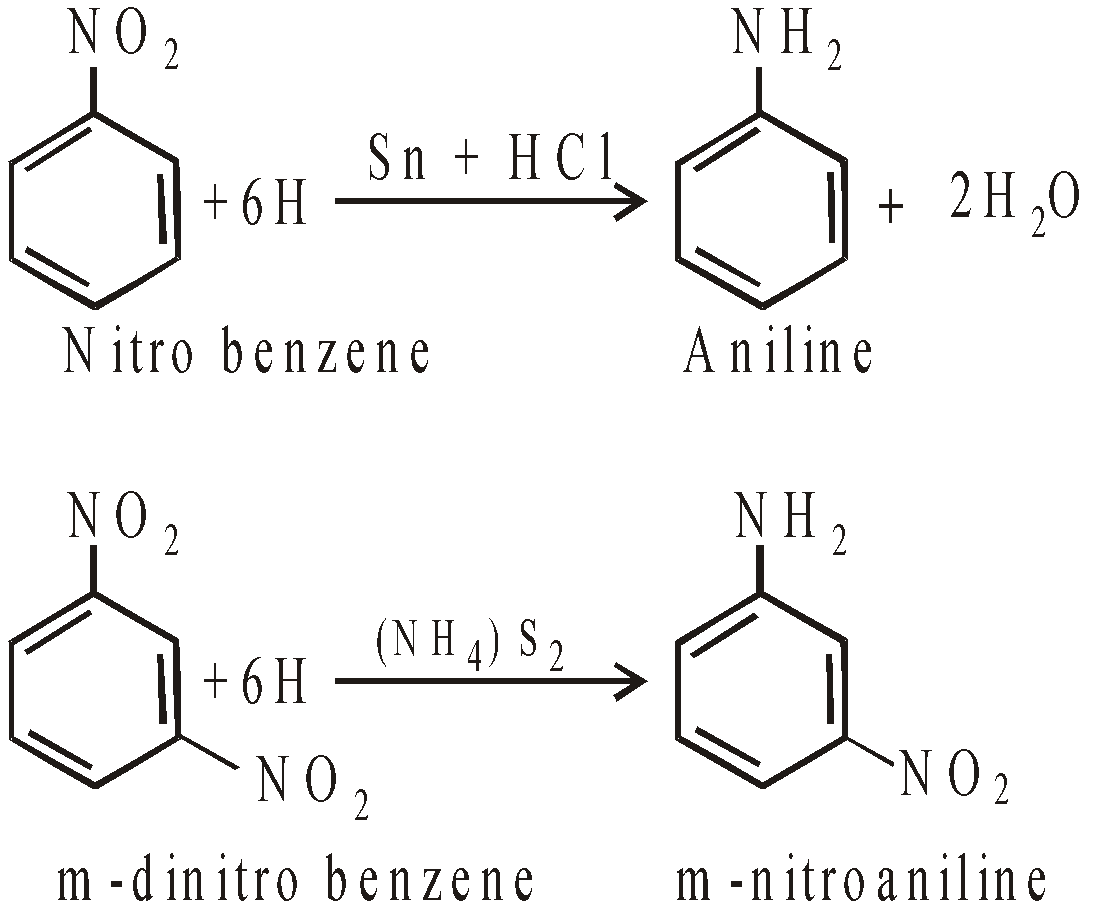 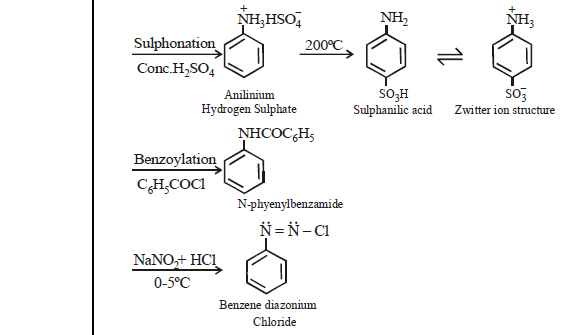 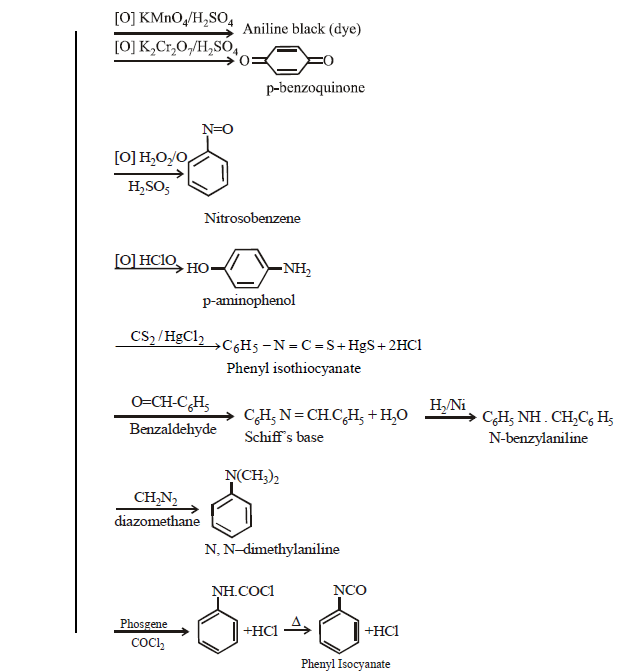 PROPERTIES
Colourless crystalline solid soluble in water. It has tendency to explode when dryReplacement of – N2Cl group is unimolecular nucleophilic in nature 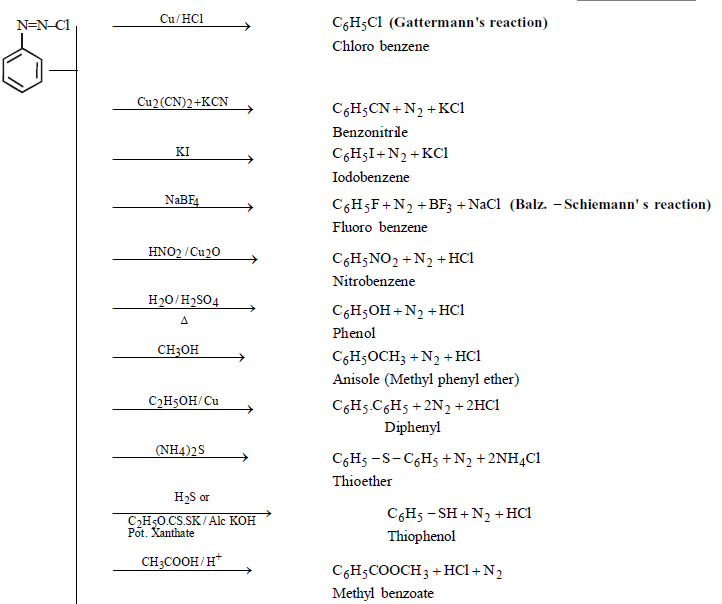 Nitro compounds are characterised by the presence of nitro group (–NO2)

STRUCTURE OF NO2 GROUP

Hence – NO2 group is ambident group.

They may be primary, secondary and tertiary

They are named as nitroalkanes (aliphatic) and nitroarenes (aromatic)

Nitration is electrophilic substitution reaction. The electrophile is  nitronium ion

Nitro benzene has high dipole moment 4.0D, bpt. 209ºC, it has odour of bitter almonds and also known as oil of mirbane. 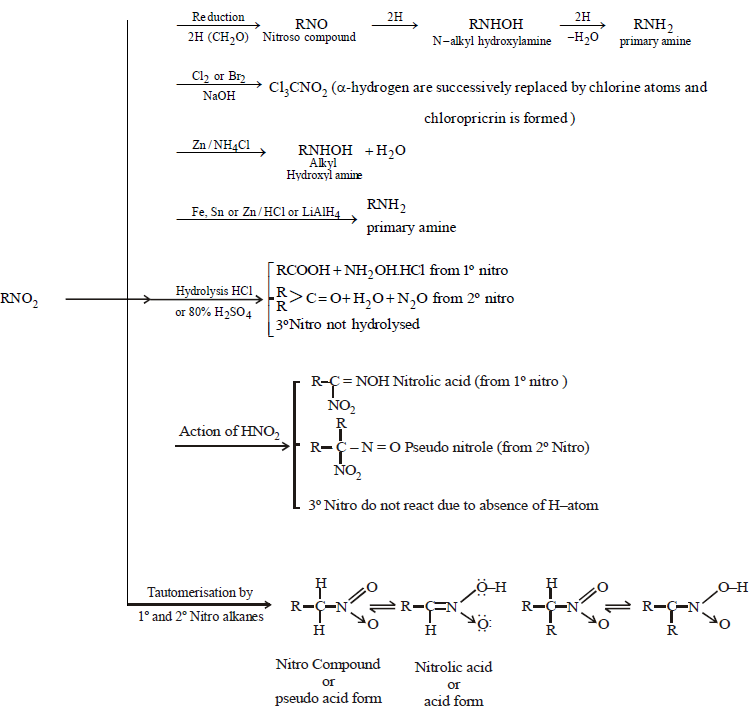 REDUCTION OF NITROBENZENE UNDER DIFFERENT CONDITIONS 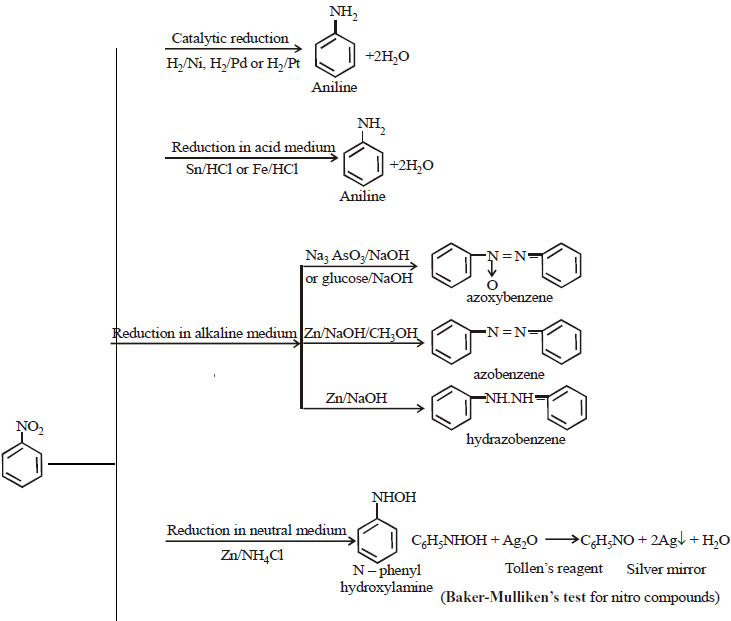 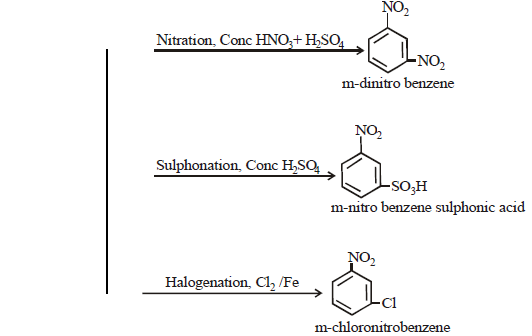 It is used as an internal indicator. It gives yellow colour in alkaline medium and red colour in acid medium. Its pH range is 3.2 – 4.5. 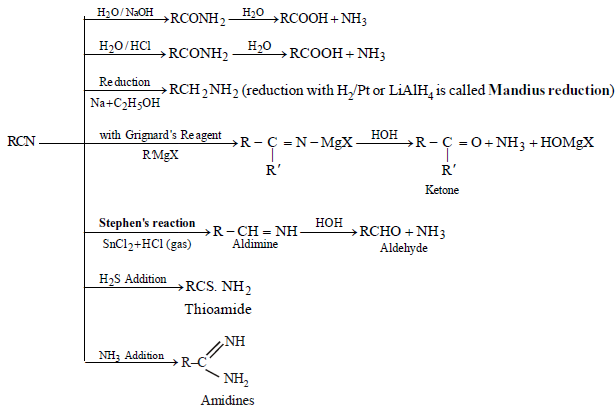 PREPARATION
PROPERTIES
They are colourless, extremely poisonous, unpleasant liquids. Insoluble in water. They have low bpt. than cyanides 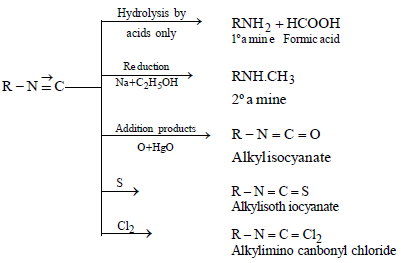